I recently interviewed Billy Boy Arnold following a show at New York City’s City Winery. This is the third and final part of that interview (see part 1 and part 2.) As a solo artist Billy Boy recorded “I Wish You Would” and “I Ain’t Got You” which were famously covered by the Yardbirds. (Bo Diddley’s “She’s Fine, She’s Mine” with Billy Boy blowing his harp was the first recording of the song that became “You Don’t Love Me,” recorded as an extended jam by the Allman Brothers and forming the entire second side of “At Fillmore East.” That story will be in the book The Unbroken Circle.)

Early blues musicians frequently recycled music and “floating verses.” That began to change in the 1920’s when record companies began recording the blues and valued originality. Billy Boy Arnold learned from some of the greatest blues artists ever, and in a recent conversation he talked about his influences and originality in the blues.

“John Lee Williamson was a prolific songwriter. I’m talking about the original Sonny Boy Williamson. I took two lessons from Sonny Boy, then he got killed. He showed me how to choke the harp. And he was original.” 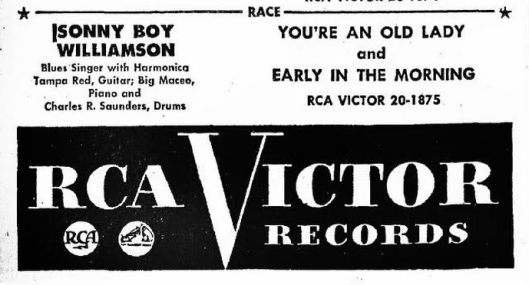 “So I know he played the harmonica then. So I was just curious, I wanted to know if I could make a harmonica sound like that. So I went to a dime store and bought a little plastic harmonica.”

When he was 12, Billy was thrilled to find out where Sonny Boy lived:

“Then I found out later that he lived in Chicago. And I went to the record shop and bought 5 or 6 of his records. My father used to go around where he was, and he played in my father’s cousin’s club.” (Club Georgia, owned by Big White.) 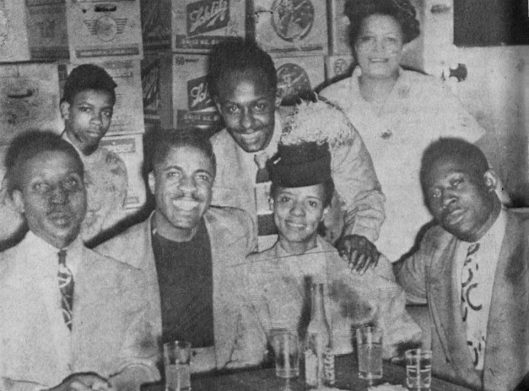 Billy Boy arranged to get Sonny Boy’s number from the bartender at Club Georgia:

“He called my aunts number back. And I just asked him what was his latest songs, just talked a minute or two. But I don’t think he knew he was talking to a kid, I was just 12 years old. That’s before I met him, a couple of weeks before I met him.”

When Billy Boy realized how close Sonny Boy lived, he decided to meet him in person:

“So I worked at my uncles store at 31st and Giles, and Sonny Boy lived at 3226 Giles, just two blocks away. I was working in my uncles butcher shop on a Saturday, I was just a kid about 12 years old, just fooling around, and I saw a guy pass up a guitar, and he was talking to somebody. And I walked up to him and asked him did he know Sonny Boy. And he said ‘yeah, I know Sonny Boy. He lives at 3226 Giles.’ So I went in the shop and I wrote that down. And I said ‘wow’. I thought maybe Sonny Boy was like a movie star, way off somewhere. I got my cousin and another kid named Pat. On Saturday we would go to the movie theater, and I got them to go by Sonny Boy’s with me when we got out of the movie theater, about 2 o’clock in the afternoon. I said ‘come on go to Sonny Boy’s with me.’ So we took the elevated train down to 33rd street and walked over a couple of blocks and rang the doorbell. Didn’t know him, never seen him, and the guy came to the door, a well dressed man came to the door and said ‘can I help you?’ We said ‘we want to see Sonny Boy’ and he said ‘this is Sonny Boy.’ I said ‘we want to hear you play your harmonica.’ He said ‘come on up, I’m proud to have you.’ He lived on the second floor. That’s how I connected with Sonny Boy. I was just fascinated with the sound of the harmonica you know.”

“I didn’t know what kind he played until I met him. I said ‘let me see what kind of harmonica you play’ and he played a Marine Band. The same Marine Bands that you see today, that everybody played. I just had a little plastic harmonica that I was trying to play along with the records. I didn’t even have no concept of how to get that sound until I met him. I met him on two occasions, and the third time when I went by he had got murdered. He was the top of the game. I’ve been with Muddy Waters and Howlin Wolf and all those guys, but none of those guys could touch him.”

Sonny Boy Williamson was killed when he was just 34, on June 1, 1948, in a robbery as he was walking the two blocks home after playing at the Plantation Club. The Plantation had started as a speakeasy during prohibition and was located at 31st St. and Giles Avenue, the same street corner where Billy Boy’s uncle had his butcher shop.

A few years later Billy Boy began his own musical career, recording both his own material and playing harmonica with Bo Diddley, whose originality Billy Boy ranks up there with Sonny Boy Williamson’s:

“Bo Diddley was just like that, Bo Diddley was original. He didn’t copy other people’s stuff, he had his own melodies and everything, he was just an original guy. He didn’t have nothing written out or nothing, he just started playing it. They were creative. Where they came up with their stuff I don’t know. When I heard Sonny Boy I knew you had to write your own material.”

“He was an on the spot guy, he could just come up with his own things. He didn’t copy other people’s material; he didn’t try to sing like anybody else. Other guys would try to sing like B.B. King or whoever was a big hit. He didn’t do that. He would make up a lot of the songs that he would sing. When he played in a club, he would sing all of his songs.”

Bo Diddley was clearly an innovator, well beyond the unique 3-2 clave “Bo Diddley beat” that made him a legend, with his percussive guitar playing and distinctive accents from bandmate Jerome Green’s maracas and Billy Boy’s harmonica.

Not everyone was so original in Billy Boy’s eyes:

“Junior Wells, he was a great artist, I ain’t trying to put him down, but he didn’t write no songs. He couldn’t come up with no melody, he was always singing Muddy Waters stuff, and most of his stuff was based off others peoples stuff. ‘Hoodoo Man Blues’ (1965, Delmark Records DS-9612), that’s John Lee Williamson. That’s Sonny Boy Williamson, from 1946, on the flip side of his big hit ‘cold chilly.’ It was called ‘Hoodoo Hoodo.’”

Original lyrics weren’t the only thing that mattered, record companies were looking for original musical ideas too. Says Billy Boy:

“All the harp players in Chicago wanted to play like Little Walter. When I made ‘I Wish You Would’ all the harmonica players out of Chicago was playing the Little Walter licks, and it sounded like Muddy Waters. They didn’t have no material of their own. Back then you was making single records, not LPs, and you couldn’t come in singing other people’s songs, that wasn’t what they wanted. They put out a 45 and hope it makes a hit, or semi-hit. So they came to Vee Jay and they had their stuff that sounded like Little Walter, and they would say they couldn’t use that.”

With humility and a sense of humor about his own singing, Billy Boy talks about other musicians who:

“Would say ‘well you’ve got Billy Boy and he can’t sing too good.’ But what they didn’t have was a different sound. My thing was original compared to what they had there. They was in there trying to play like Little Walter, and that wasn’t what Leonard Chess was looking for. He already had a Little Walter. He already had a Muddy Waters. And all those other guys was coming in there, and they didn’t have no original songs. See I started out singing and writing my own material. And there was no Willie Dixon writing songs then.”

With the high cost of studio time, record companies looked for artists who could make good use of that time. Billy Boy’s role models were able to deliver:

But not everybody was. According to Billy Boy:

“I knew Muddy Waters and Little Walters and none of those guys are one take artists. They were great, I ain’t trying to put nobody down.”

Apparently if you were as great as Muddy Waters and Little Walter the record company would tolerate the fact that you needed a few takes to get a track down.